Please Refresh your browser or choose another server if video error 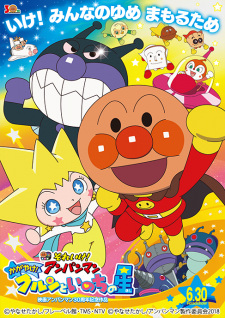 The story begins in Anpanman World, where everybody is bustling around, getting ready for the annual Star Festival. On that day, an egg emerges from Baikinman's garbage box, and when it hatches, a mysterious boy named Kurun emerges from within. Though Kurun does not know where he came from, he spends his days having fun with everybody. But one day, black stars begin raining down. Anpanman thinks that something suspicious might be occurring at the Star of Life, and he heads there.